Nothing, and we mean nothing, will say playing with possibility like this print work we produced for fashion label JW Anderson.

We have been working with the brand for a few years now, producing graphics for their stores and showrooms, as well as a number of bespoke events. We actually started working with JW Anderson after producing their collaboration graphics with another long-term customer, Uniqlo.

It's fair to say we have their trust and they often pick our brains and our knowledge when approaching a new brief. It was certainly the case with this project. 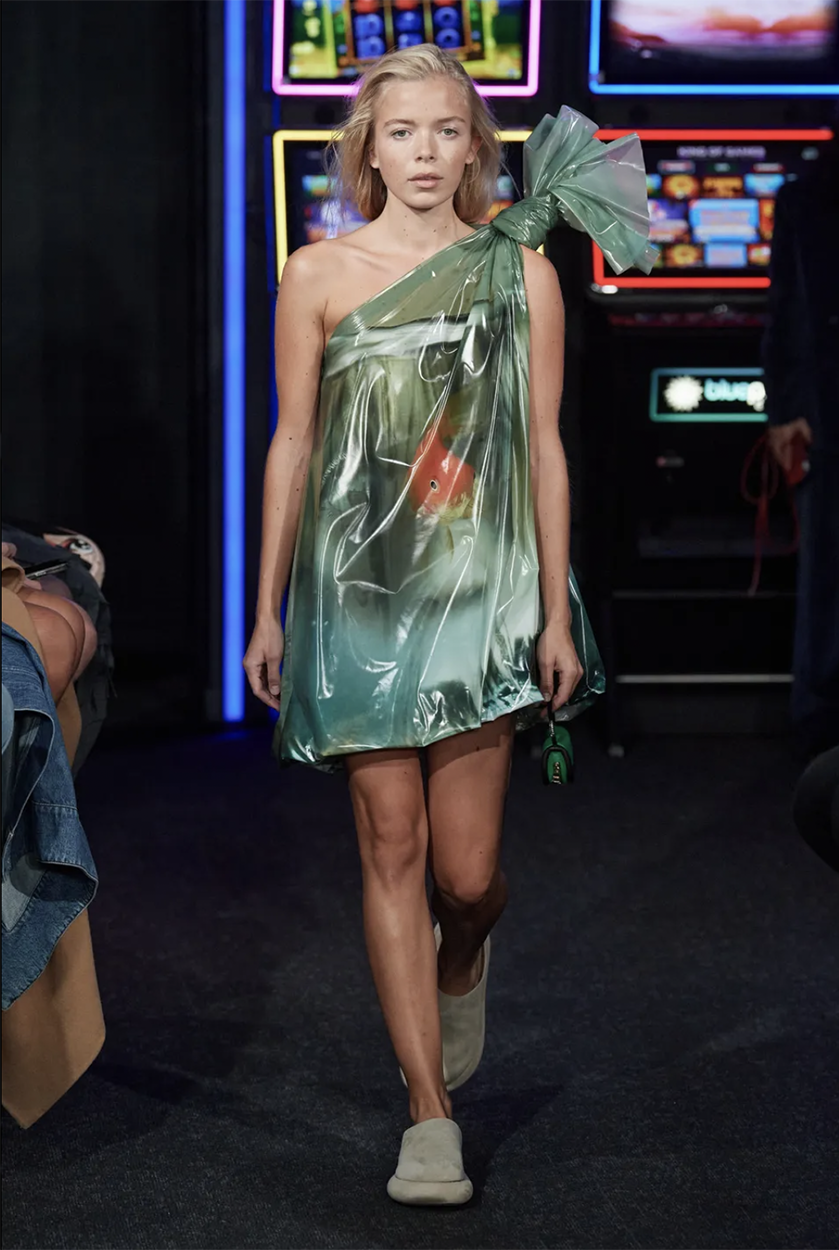 How to make a large format printed dress

So when the JW Anderson team came to us wanting to inkjet print onto a roll media which would then be tailored into a catwalk dress, the gauntlet was well and truly thrown down.

As you can imagine the job gave us much to contemplate, including what material could we use, how could it be printed and what colour testing would be needed.

After discussing the brief and the end product they were hoping to make – an actual bonafide dress to be used on the catwalk – we suggested a roll material called static cling printed CMYK (full colour) and with tones of white on one of our HP Latex printers to accentuate certain areas of the print, highlighting the fish. Considerations were made for how the media would be cut, stitched and folded, as well as how it would be worn and viewed on the catwalk. And although the media sticks by, you guessed it, static, it's beautifully malleable allowing for folds to be made without any noticeable crease appearing.

We worked with the design team of JW Anderson to colour test various artworks, adjusting print ink levels before deciding on a version. We eventually produced a number of large format prints 137cm x 212cm in size which were used for the final piece.

We're pleased to say that so successful was the dress that it was featured by the prestigious Vogue Runway.

Drop us a message if you have an idea you want to put into place, no matter how crazy it might seem at the time. 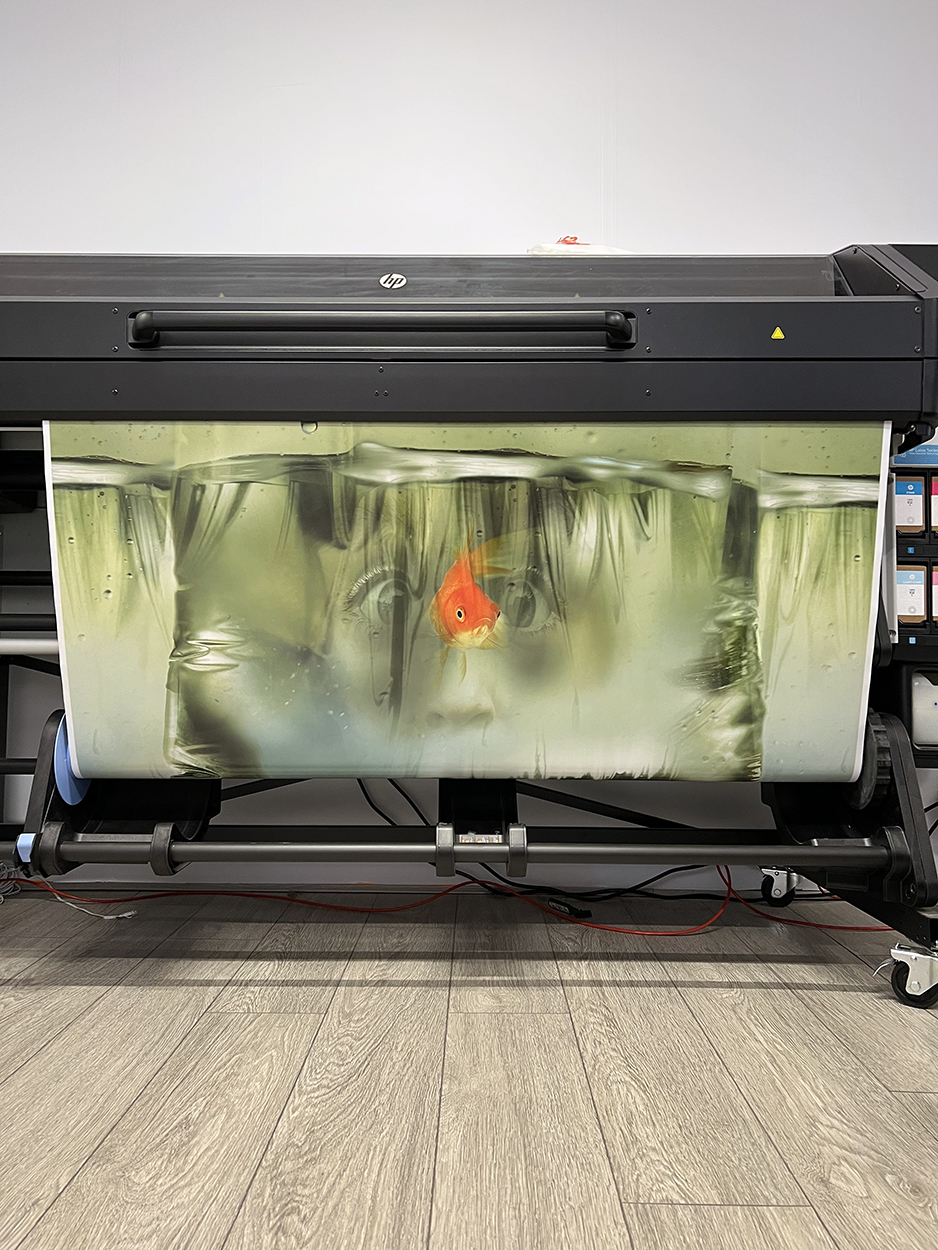 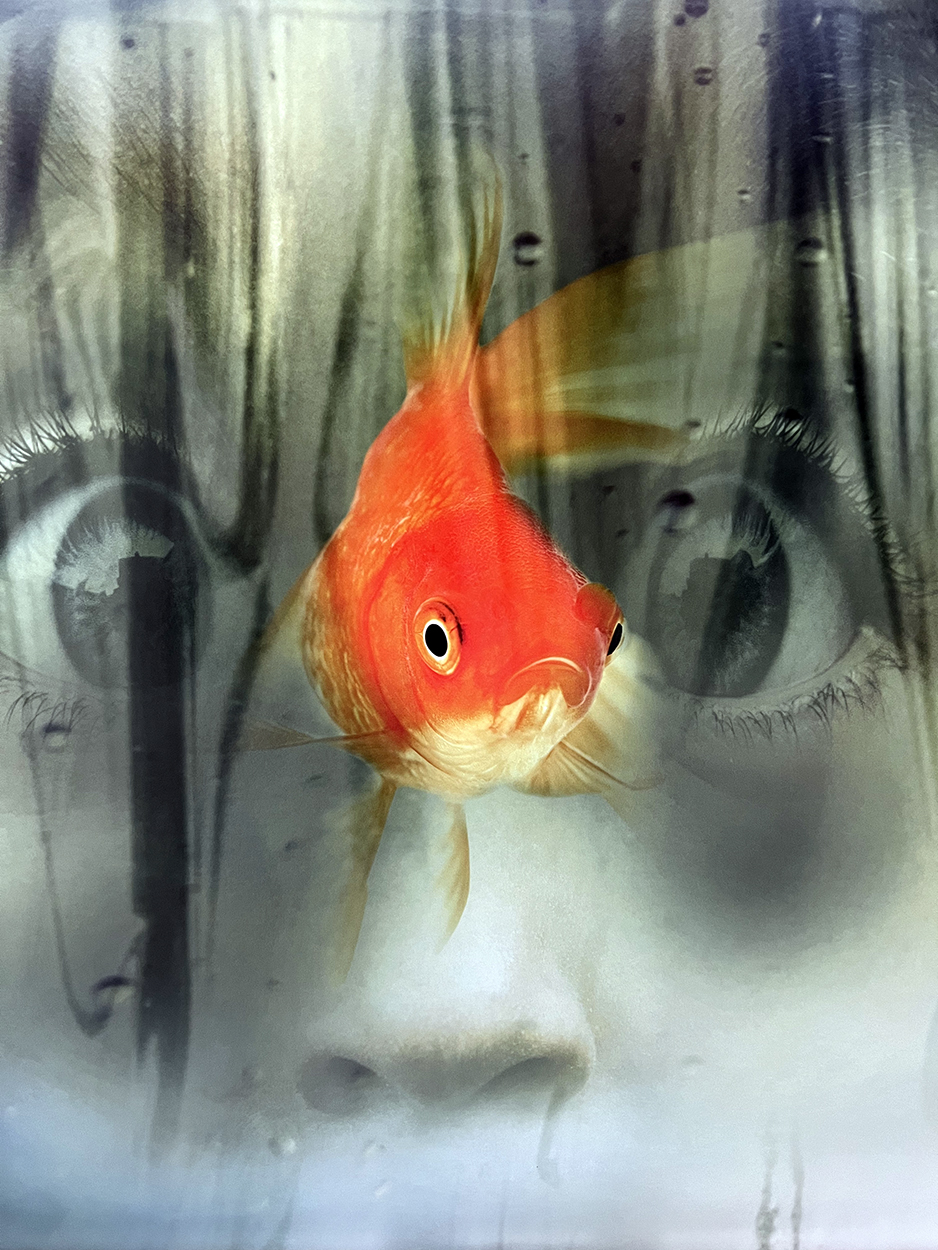 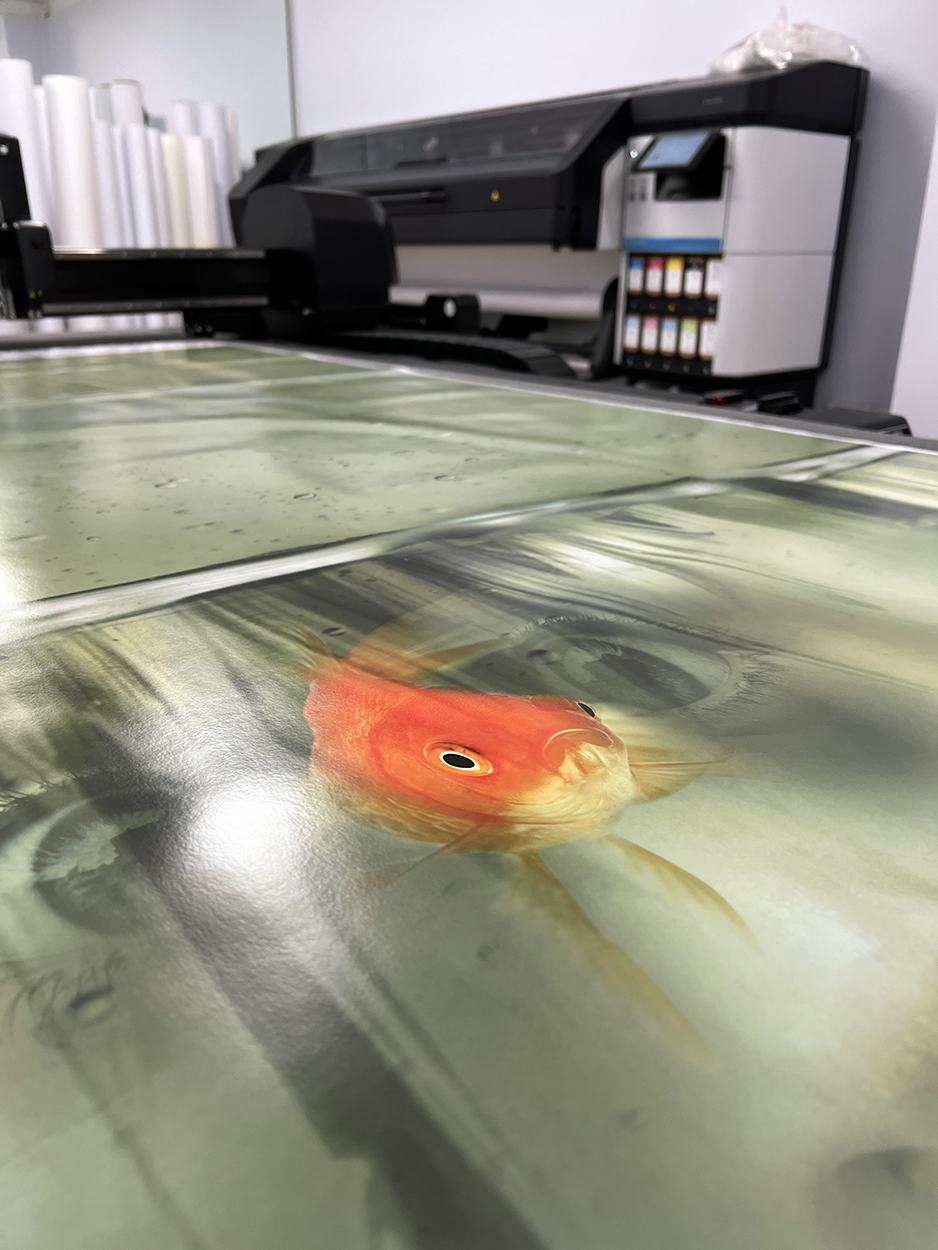 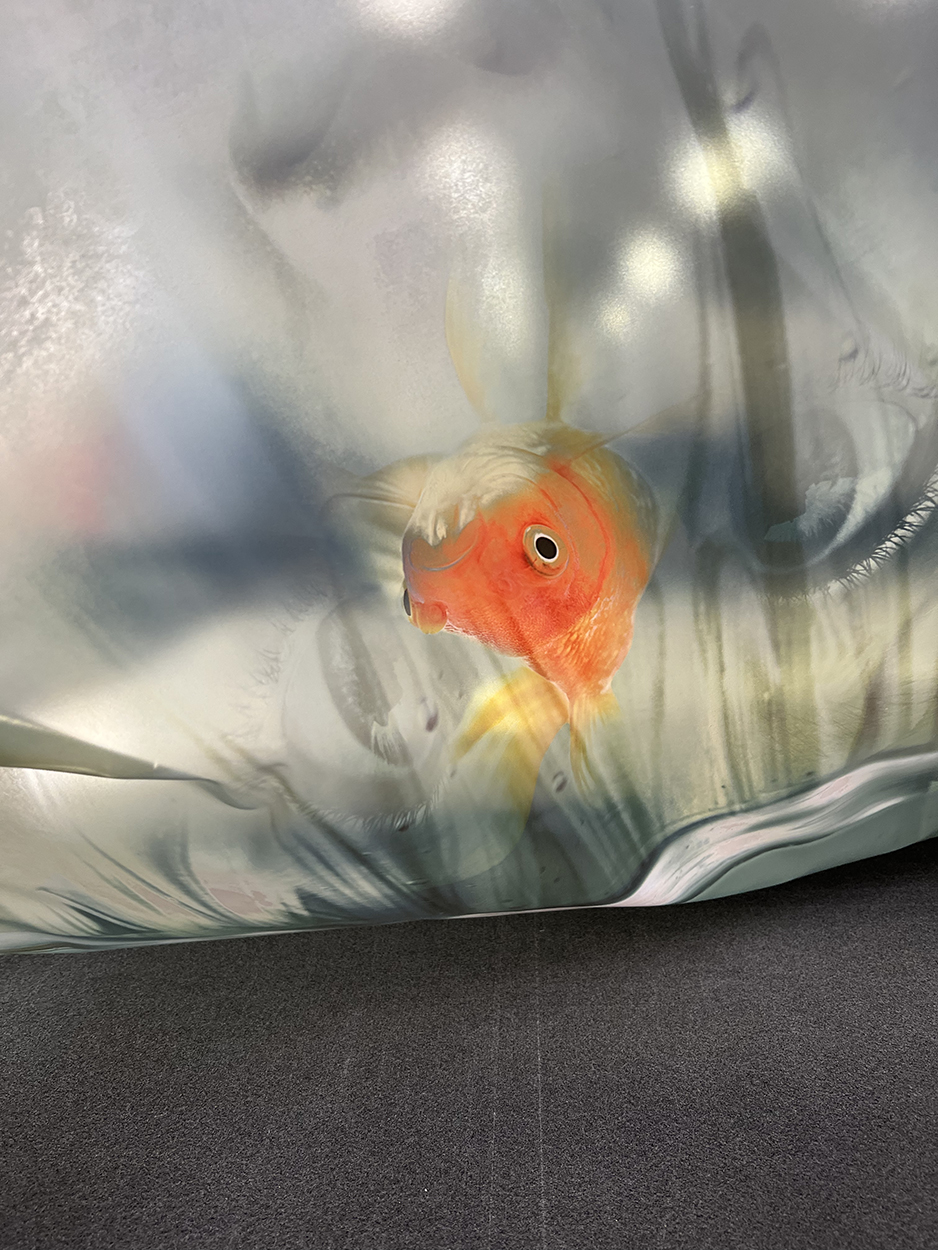 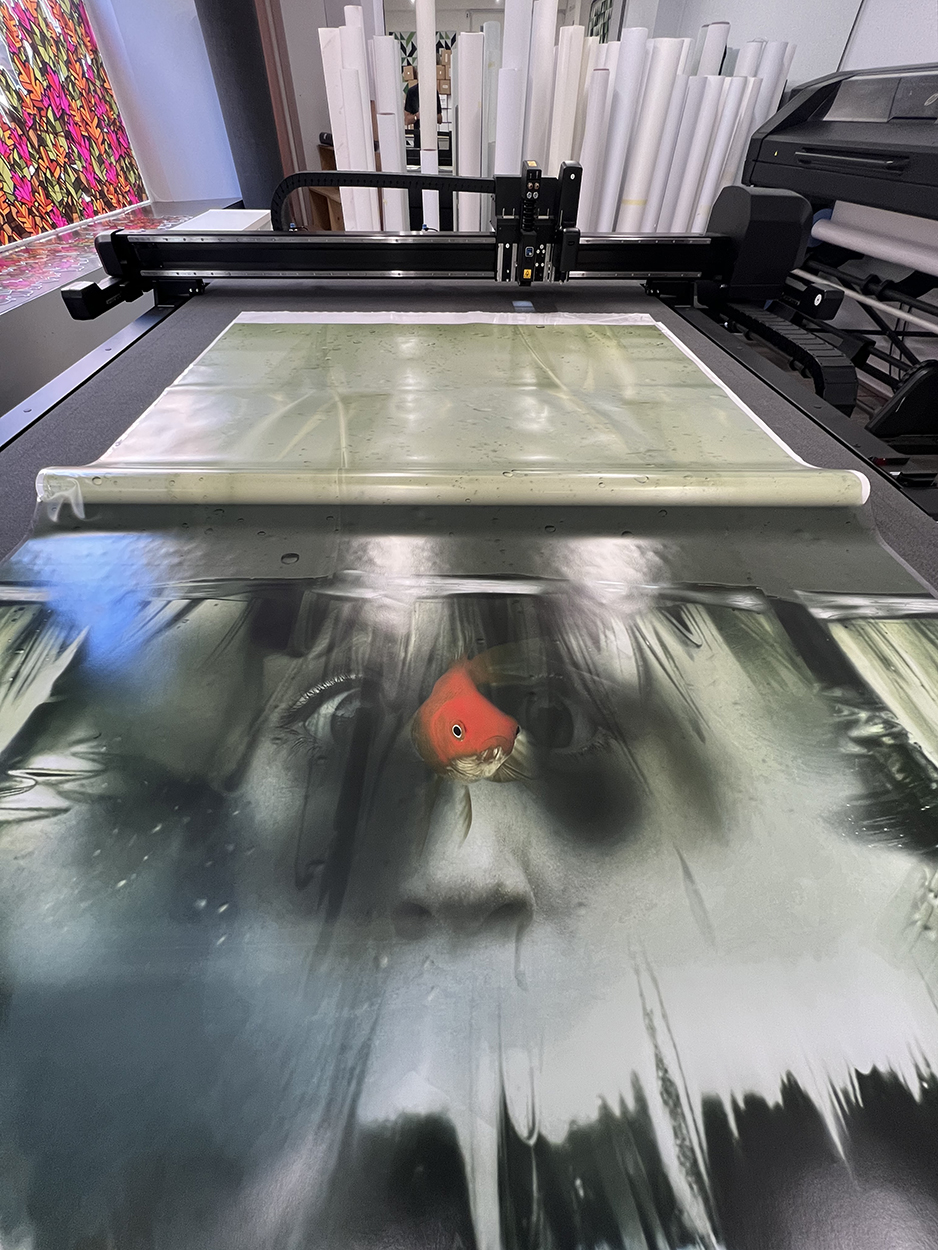 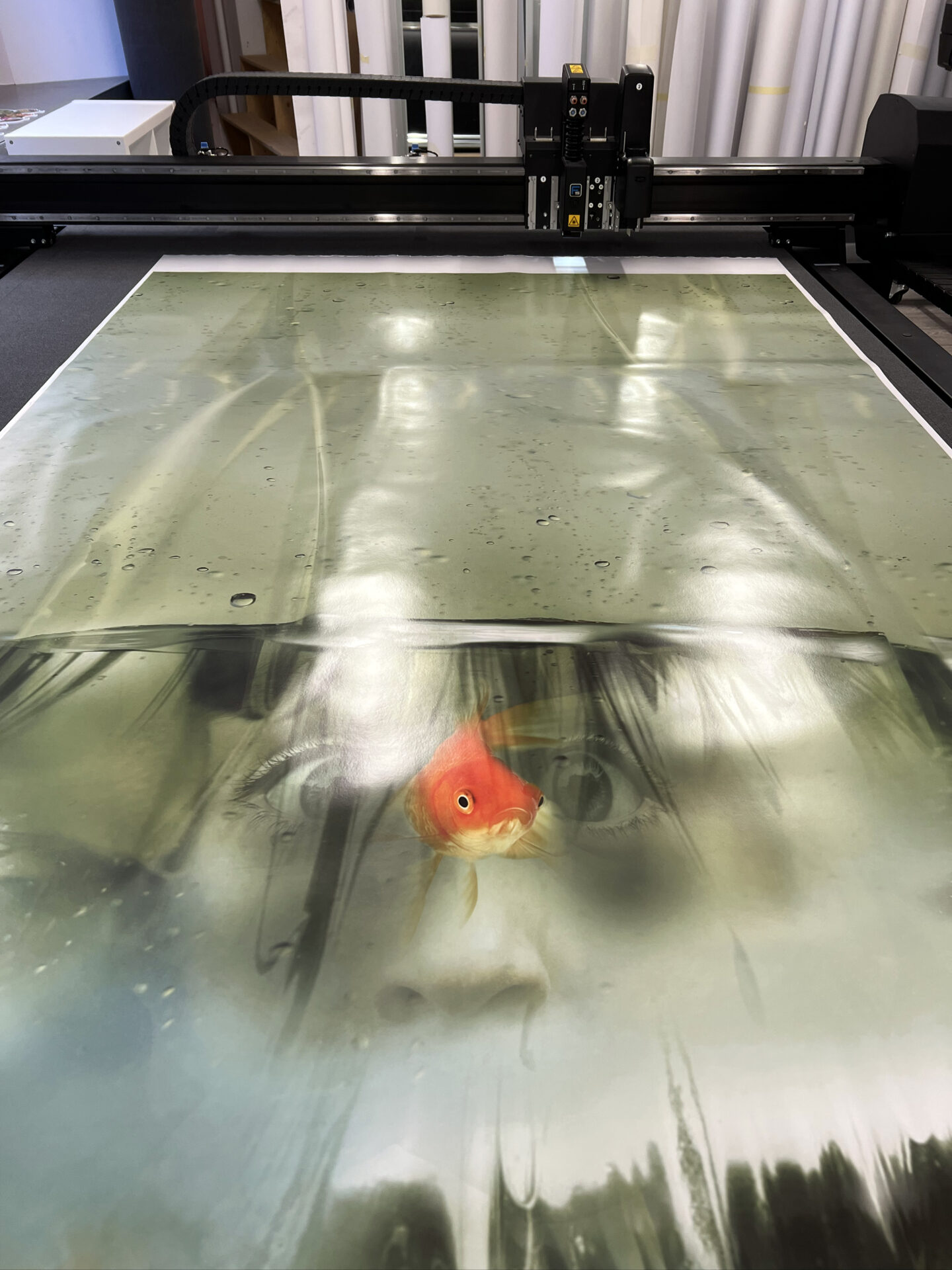