"I broke all the rules." 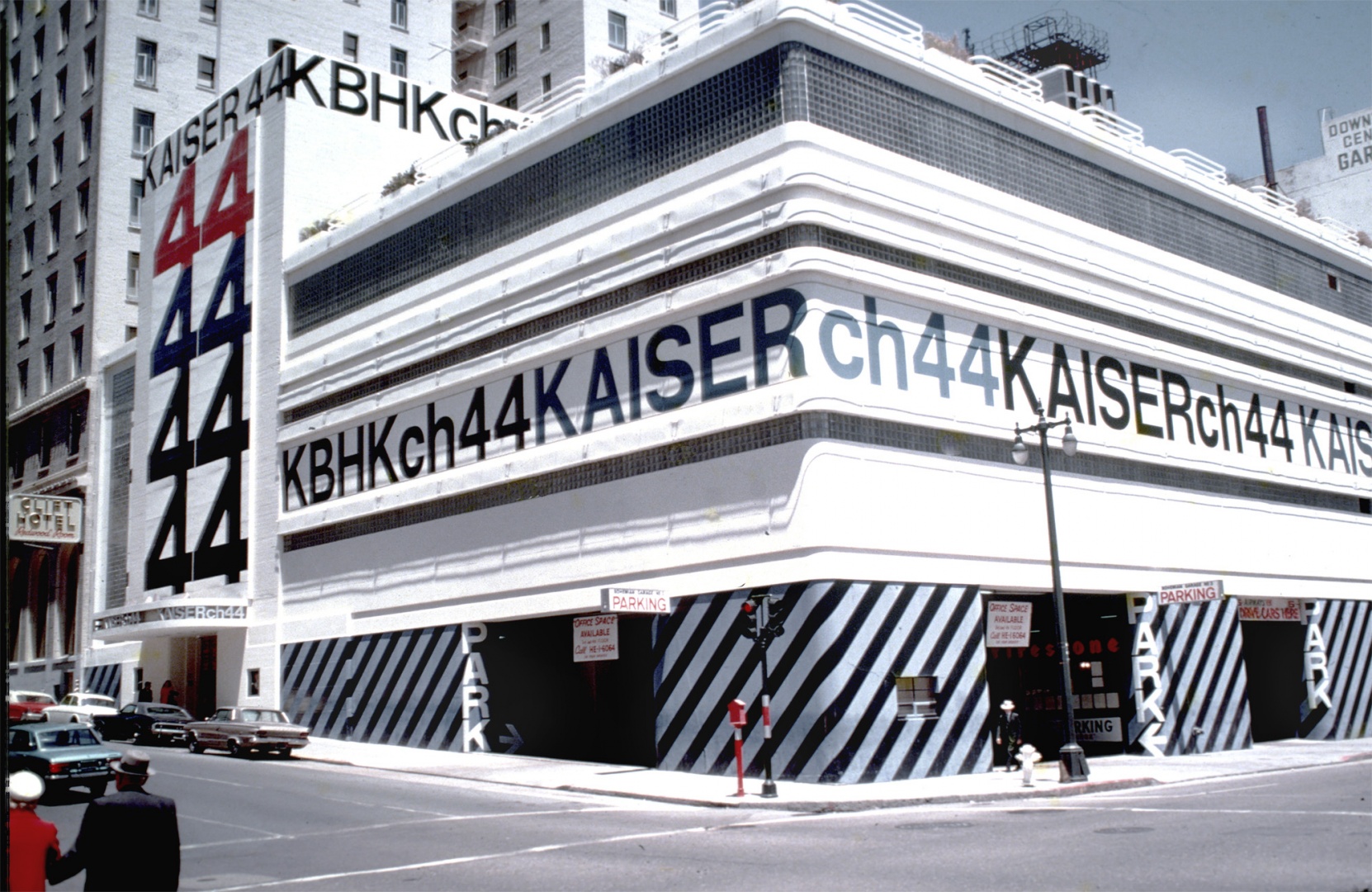 Barbara Stauffacher Solomon is a supergraphics pioneer. In fact, she invented supergraphics, a term coined by the architecture writer C. Ray Smith to describe Barbara's work.

Stauffacher Solomon, born in 1928 and still working today, mixed groundbreaking Swiss graphic design principles with American West Coast Pop art to help create the California Cool design aesthetic, and some of the first large scale uses of graphic design in a physical environment. Stauffacher Solomon had studied design Basel, Switzerland, and architecture at the University of California, Berkeley, so was well prepared to combine the two disciplines together. And then, as she said herself, "I broke all the rules."

Her iconic work for The Sea Ranch in Northern California set the bar high, with bold colourful statement interior designs alongside a striking logo and exterior signage. And while the original supergraphics from 1966 were inexplicably painted over, she was invited back in October 2018 to paint a new version of her originals 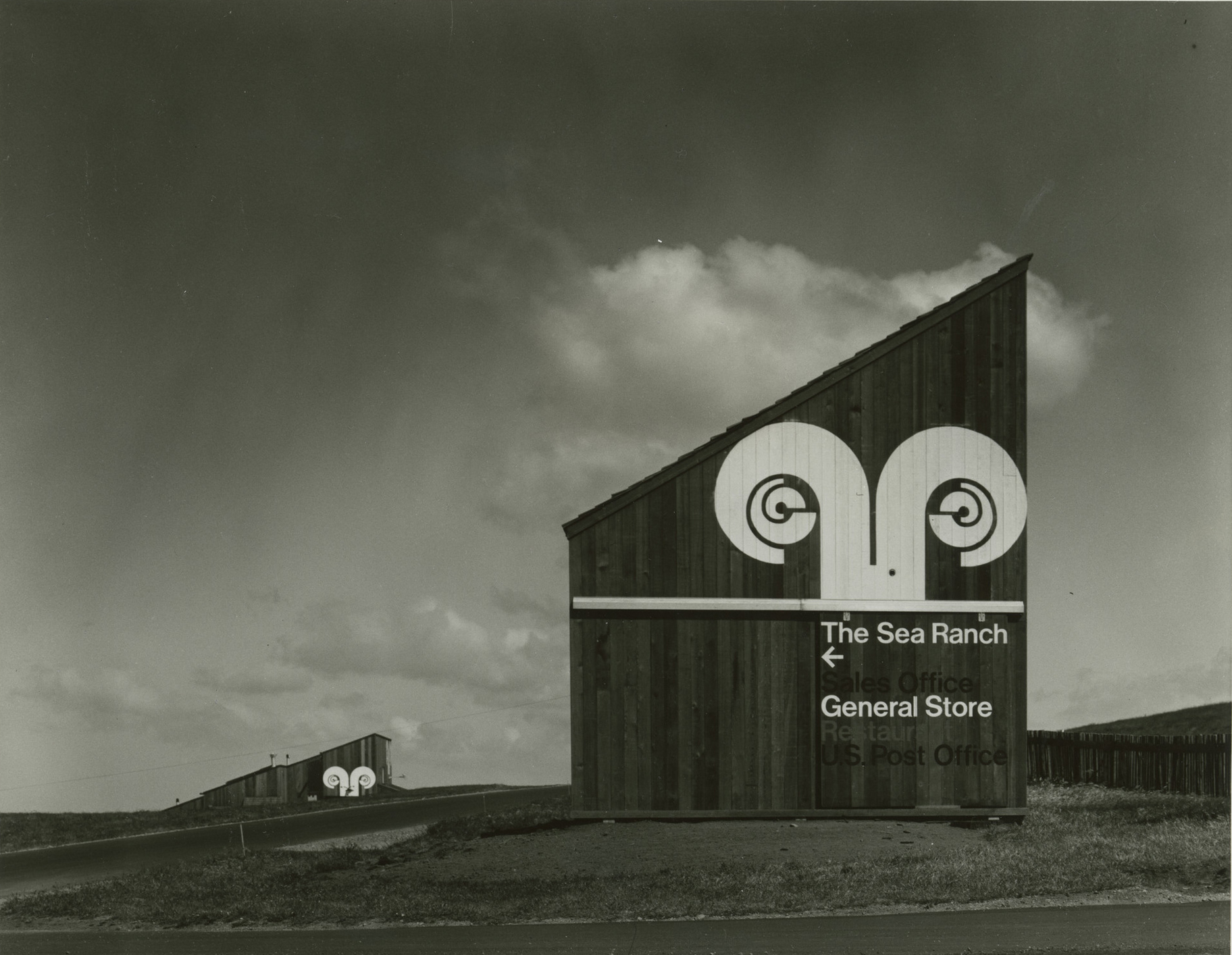 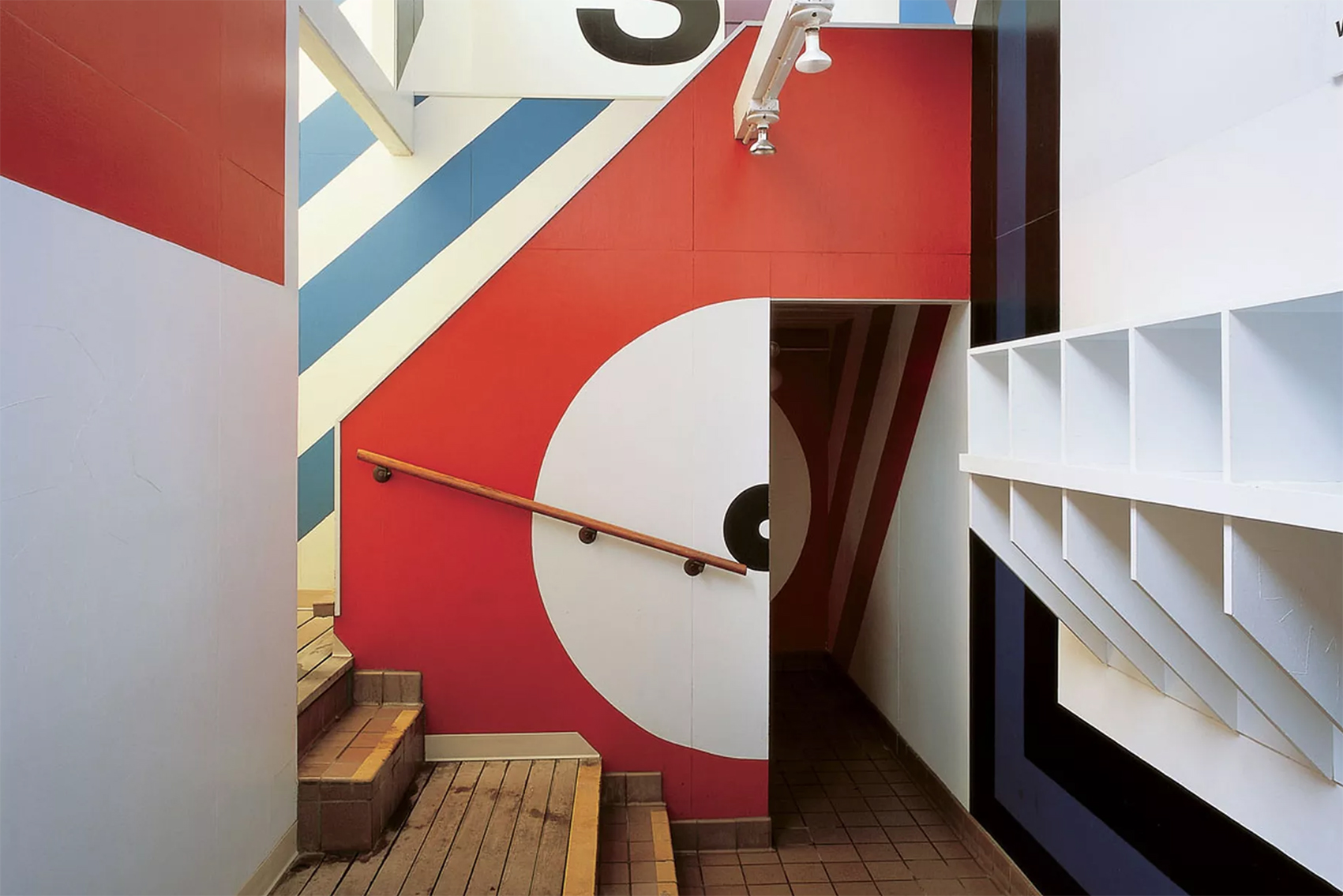 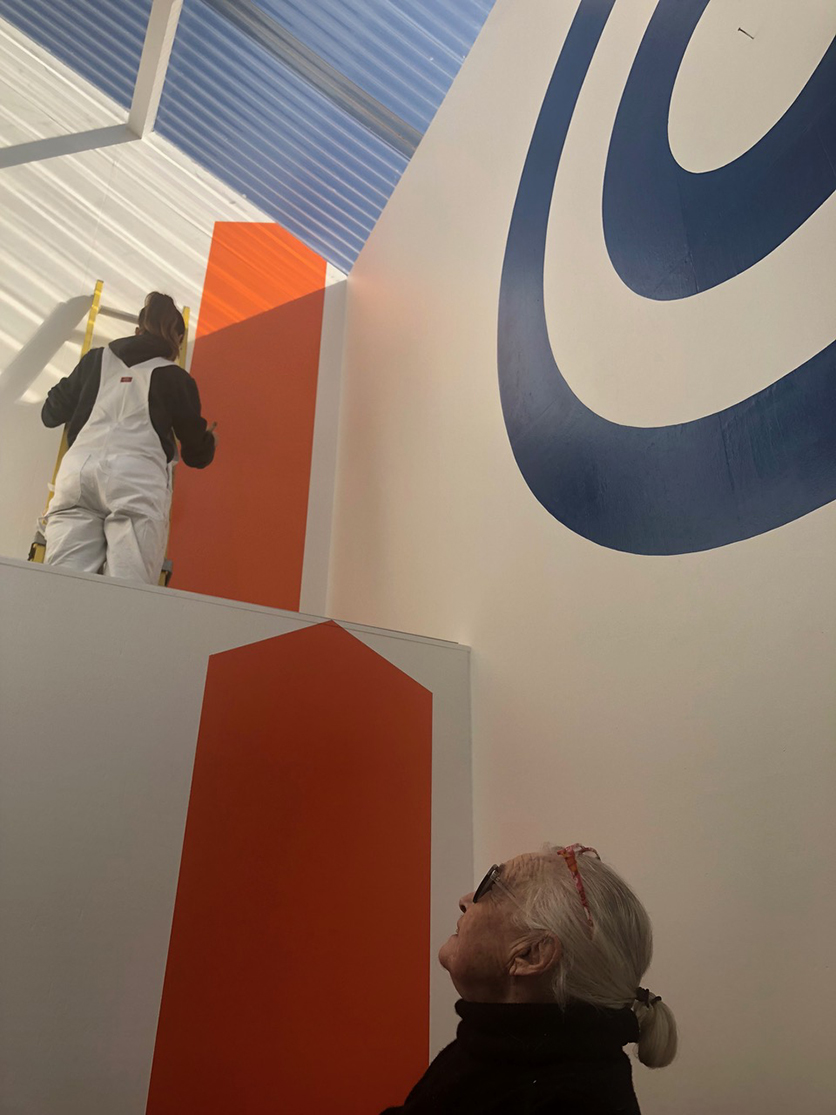 "I was directly influenced by what I’d learned in Basel: the white and black shapes of Helvetica type, straight lines and geometric shapes, bold colors directly out of the paint can. And perhaps I remembered the early pop art I’d seen in 1951 at the ICA Gallery in London and at Eduardo Paolozzi’s studio."

Her work allowed small scale designs to be transported to a much larger environment and probably started the advertising of sales in such a prominent fashion. 'Walking past an enormous vulgar SELLING OUT CHEAP supergraphic sign on Fifth Avenue, my friend, the architect Robert A.M. Stern turned to me and said, “It’s all your fault.” '

But it's not all bad, supergraphics are now used in a myriad of creative ways and environments. For example, while teaching at Yale University, Stauffacher Solomon set her students elevator projects. She says, the "insides of the metal elevators were the only space in the Yale Architectural building not built of stone—and stone was regarded as sacred! So we did elevators instead. The students loved the fun and freedom of playing with colors and non-sacred paint." Without supergraphics, would we have produced and installed our work for the Uncommon office group, designed by Studio MakGill, and includes, yes you guessed it - elevator graphics. 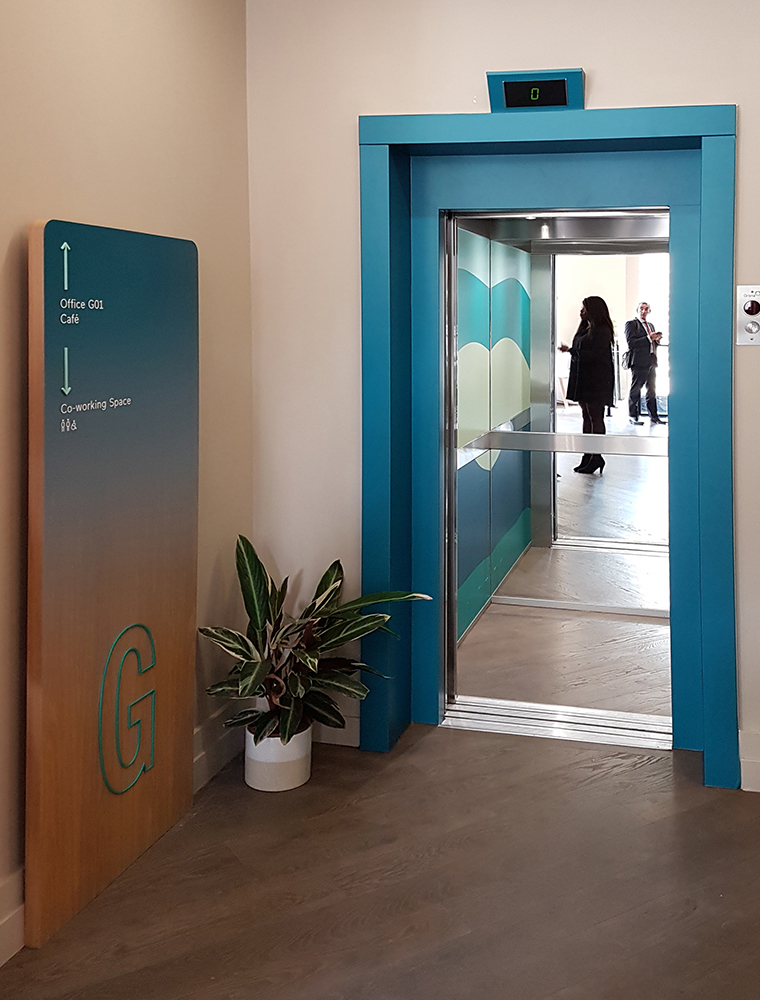 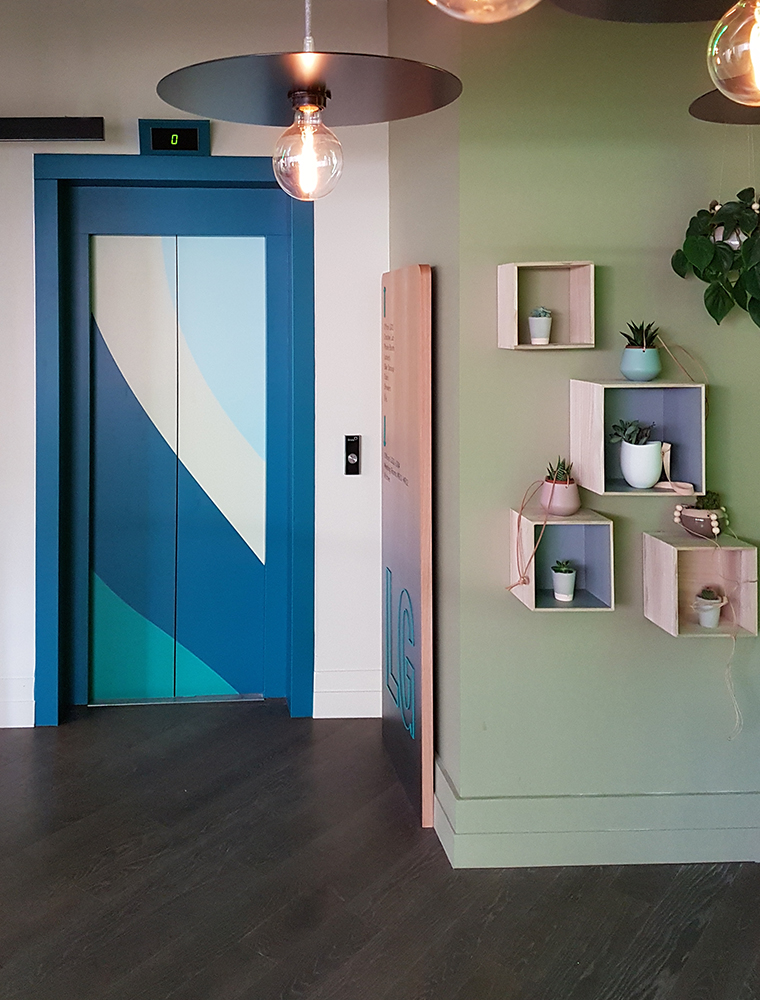 "Supergraphics... has become one of the main ways in which commercial messages are relayed to consumers. We are surrounded by giant commercial graphics in the urban environment." Adrian Shaughnessy 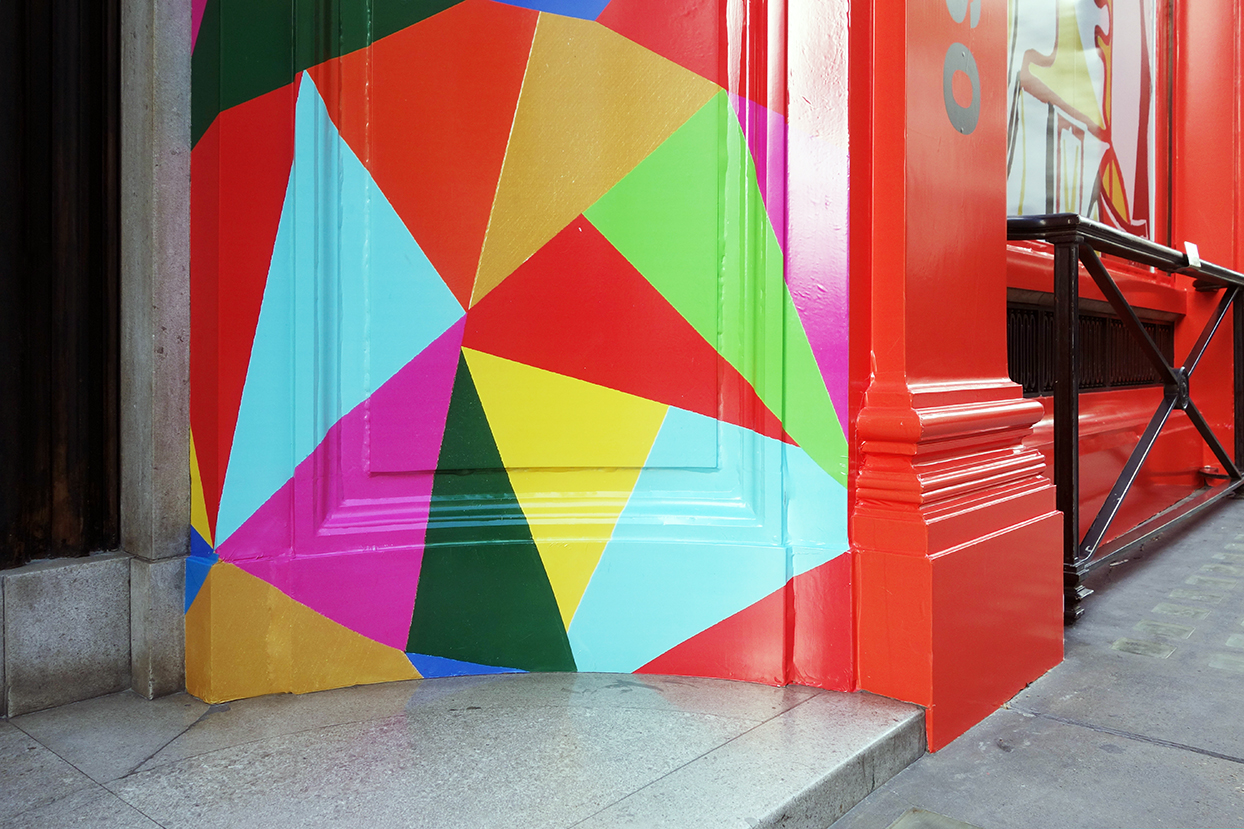 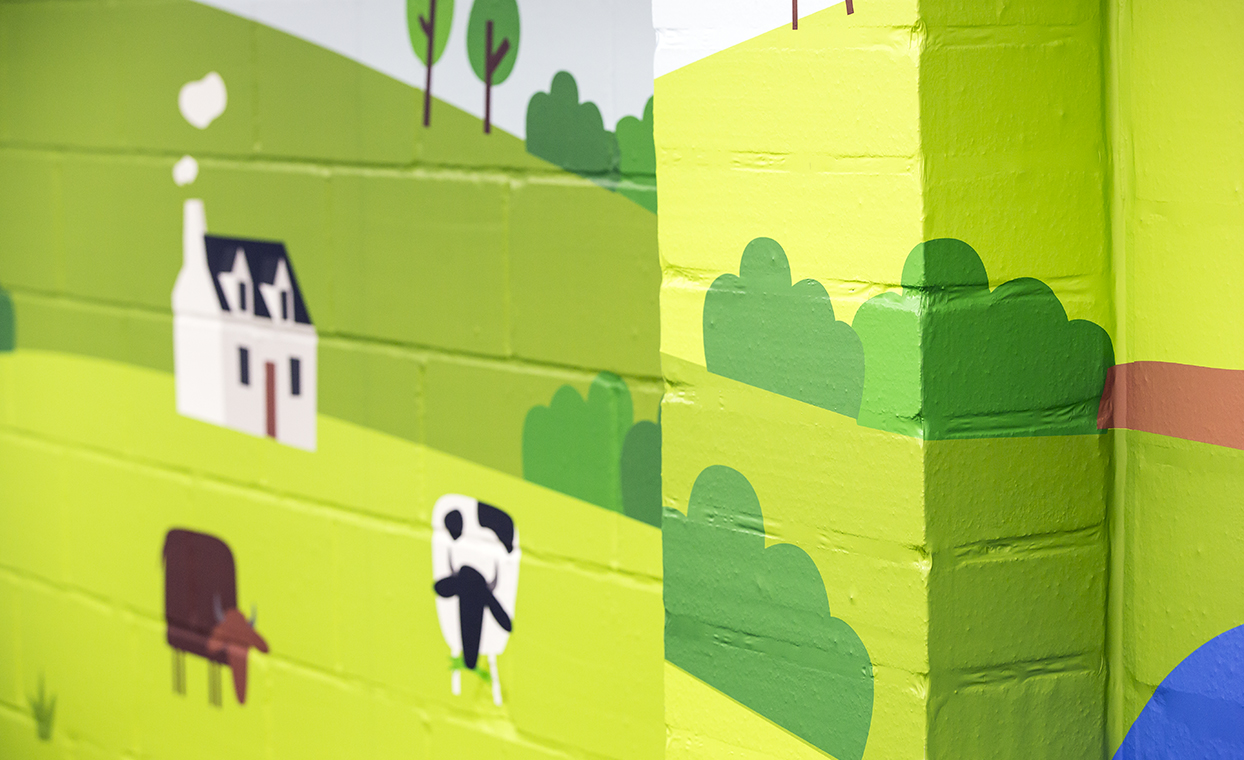 We also want to share this great short film about Barbara Stauffacher Solomon from Adobe, which you can watch below. It's fantastic to have the opportunity to hear such a revolutionary mould-breaking designer talk about her career in her own words. 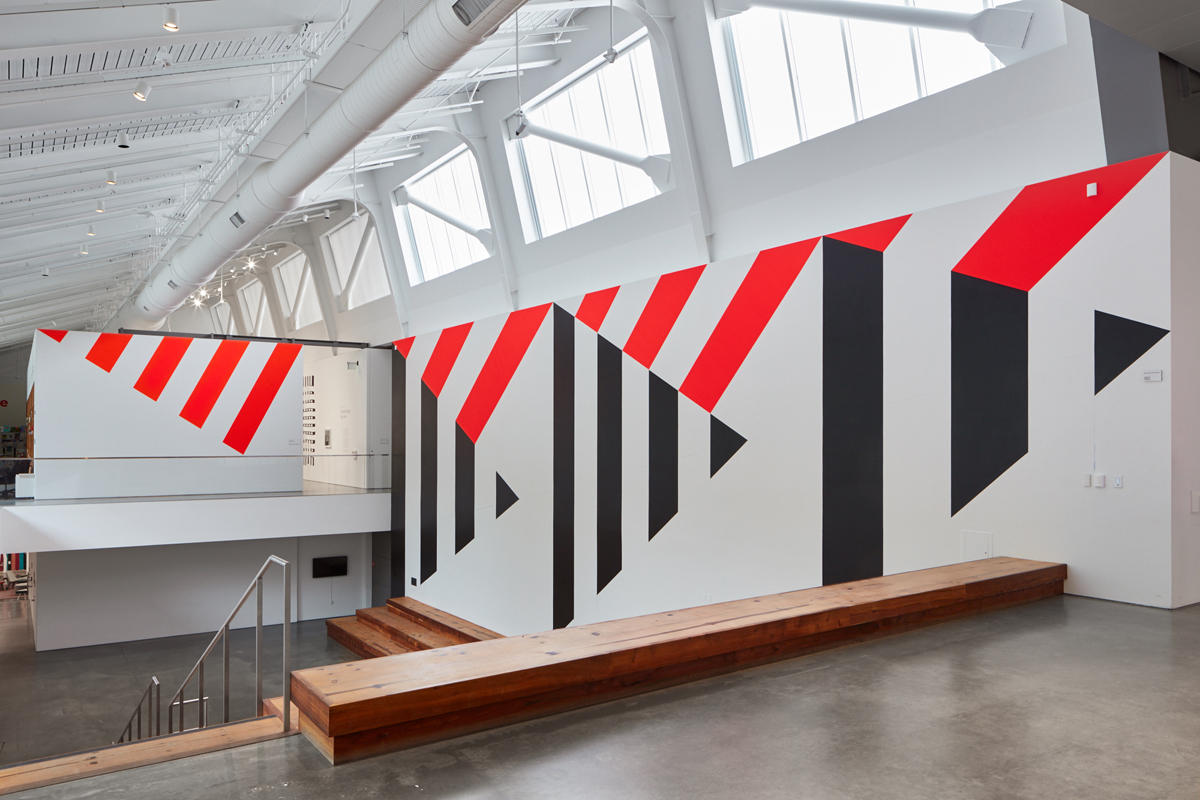 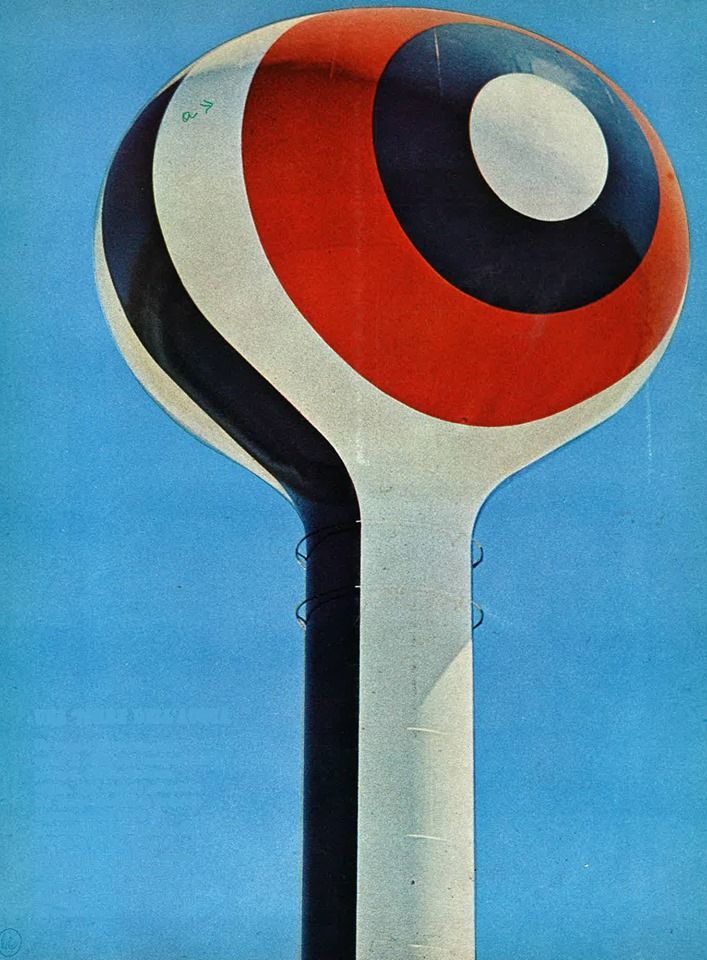 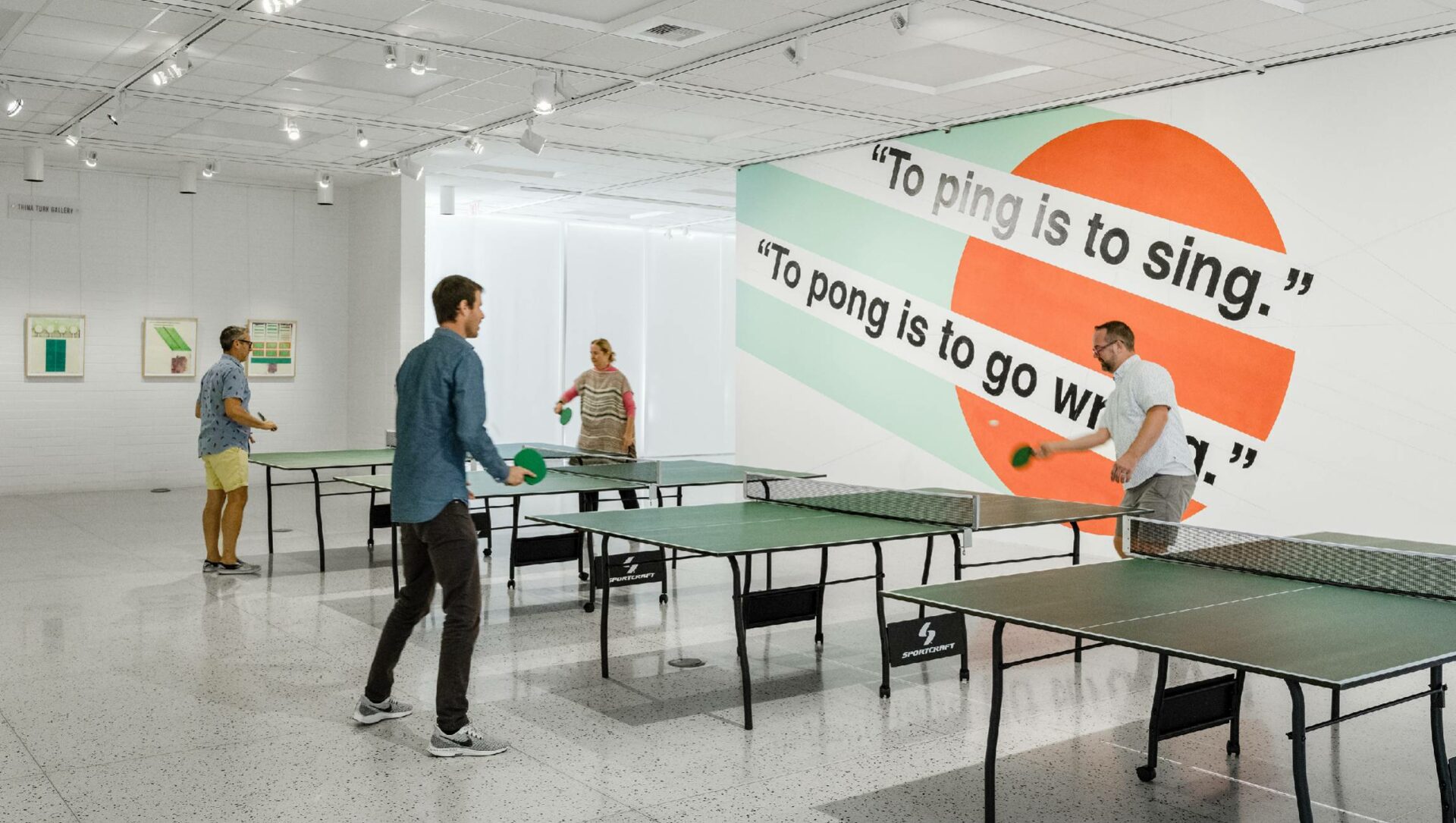 For more insight, designer and publisher Adrian Shaughnessy was lucky enough to interview our supergraphics heroine, which you can read here.

Share this case study
Home > Journal > Supergraphics > “I broke all the rules.”